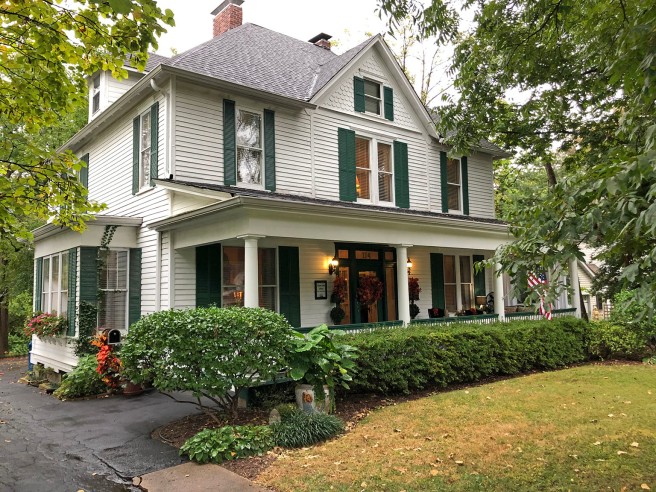 At one time when someone would ask me where I was from, I would answer; “St. Louis Area,” or “A suburb of St. Louis,” because I knew they would have never heard of Ferguson. Now when I’m asked the same question and knowing that I live in one of the most recognized towns in the nation,  I puff out my chest a little, look them straight in the eye and say, “I’m from Ferguson, Missouri!”

Family obligations require us to sell our house of 27 years and that’s okay because it’s for family.  We moved to Ferguson in 1984 and have lived in two different houses, both built in 1890, the same year Ferguson was incorporated.

How to describe Ferguson?

That’s a tough one because the perceptions of those outside of Ferguson are likely totally different from those who live here.

“Diversity,” is the first word to come to mind. Diversity of architecture, diversity of housing stock, diversity of national chains and locally-owned businesses and of course diversity of its citizens. We are a mix of races, ages, religions, professions, and orientations. Within its boundaries, you will find doctors and lawyers, retirees, single parents and those newly married. You will find folks who are well-to-do and those living at the poverty level. You will find saints, sinners, and sons of bitches, that is to say, all of us.

If you want to live in a community where everyone looks, thinks, and votes like you, then Ferguson won’t be a good fit, because, in any trip to the local grocery store or watering hole, you will be surrounded by this wonderful mélange of humanity.

If you want to live in a community where most of your dining options are national chains, then you will be disappointed, because Ferguson is rich in family-owned restaurants and bars, but short on chains.

To the next owner of my home, I would offer this advice; get involved. Get involved in your neighborhood association, or church. Volunteer for a spot on one of the cities many boards and commissions. I was a member of the Ferguson Landmarks Commission when we presented the then-current homeowner with a plaque recognizing the 100th “birthday” of the property. I took the opportunity to get to know the owner and when she was ready to sell, we arranged a private transaction and the house never went on the market. This house has not been on the open market since 1953!

Mimsy and I head for home after the last walk of the day. The skies are veiled with a thin gauze of grey clouds, those cool colors contrast with the warm light spilling out of the windows of our house. It’s early autumn and the squirrels are working overtime. Our yard is a veritable squirrel smorgasbord with its oak, hickory, and walnut trees, and that’s just in the front yard.

Mimsy starts to tug on her leash, I don’t know if that’s because she wants to get at the squirrels or she is anticipating the bacon treat awaiting her. I would suspect the later.

I wonder how many more times we will be able to walk this neighborhood. I am the definition of mixed emotions, I will miss this house but I’m excited about the future as we turn the page to the next chapter. 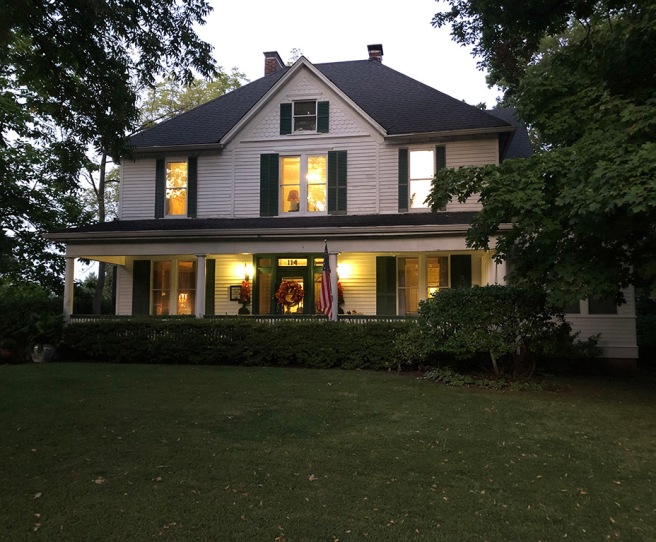