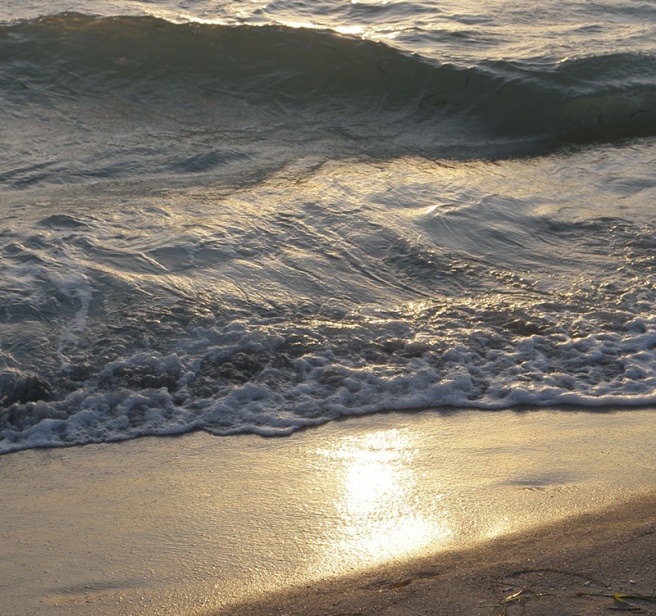 I stood at that magical demarcation, where the sea ends and the land begins, watching the never-ending flirtation between the two principal characters.

The sea gathers herself, curling and flexing, thrusting herself upon the land … stroking, teasing, then pulling back, laughing. The land gave of himself to the sea. She accepted the offering, rolling his essence in her waves, considering the gift before returning it to the shore.

The tempo and pace of this eternal flirtation is ever-changing, from the gentlest of caresses, to the violent and angry crashes of the most severe lovers quarrel. The lovers can never be truly joined or truly separate, living in an endless state of give and take, ebb and flow.

The sea is the ultimate seductress, her craft honed from the practice of thousands of years. Her siren’s call extends not only to the land, but all who live on the land. I am not immune. I stand at that junction where the lovers meet and feel her call just as sure as I feel the sand being pulled from beneath my feet by her force..

This is a drama that begs for audience participation and has no problem gathering volunteers of all ages.

Children run uninhibited along the shore and into the waves, their squeals and laughter mingle with the mews of the gulls, no grownups admonish them to be quiet. Young lovers stretch out on the sand letting the waves caress them as they have caressed each other, dreaming of the future and children of their own. Those of a mature age watch the children and young lovers, remembering, smiling, feeling the warmth of the sun and the massage of the water work wonders that no pills can deliver. Those with worries and stress walk along the line of magical demarcation and feel those cares melt and drift out to sea.

Tomorrow I leave this elemental flirtation and head far inland, God willing, I will return. 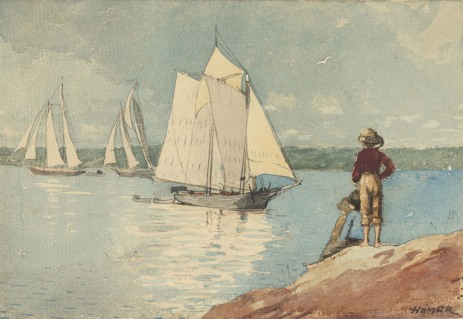 One thought on “The Perpetual Flirtation: a play in one act”